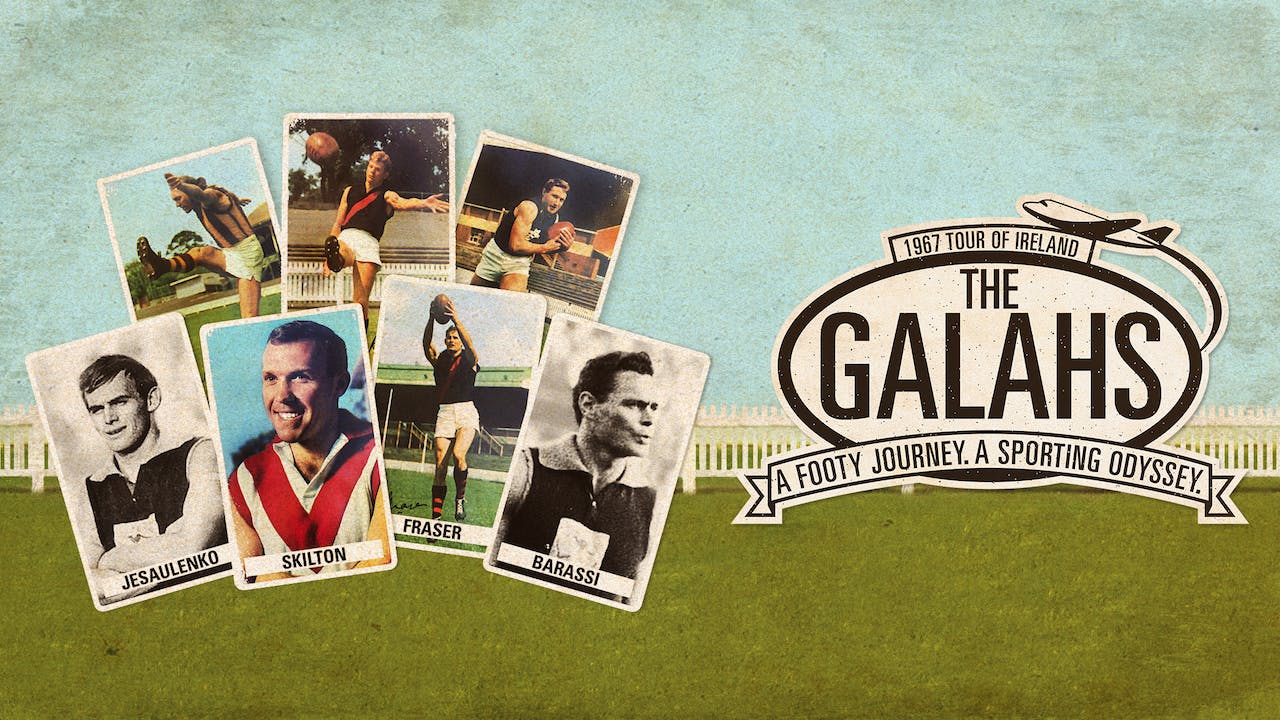 A footy journey. A sporting odyssey.

In 1967 a group of Victorian AFL (VFL) stars jetted off to challenge the All-Ireland champions, County Meath, at their own game.

The players were, and are, household names - Barassi, Skilton, Jesaulenko, Davis, Hart, Nicholls, Mann, Dugdale, Fraser. Most didn’t own passports. Most had barely been out of Victoria.

Ex-umpire and media juggernaut Harry Beitzel was the man who made it happen. He mortgaged his house. He organised the opponent. He flew his team of champions on a milk run to Darwin, Hong Kong, Paris, Dublin, London, New York and beyond to plant the seed of international competition. It was pioneering stuff — Beitzel’s courage and imagination led to the formalised international rules series of subsequent decades.

Knockers in the press didn’t think it would work.

The tourists were dubbed ‘The Galahs’.

But they played like the champions they were on an action-packed world adventure.

The Galahs is a rare feature film that reconnects fans with all time greats of both VFL and GAA football. It’s a wonderful and largely untold story. It’s full of fondly remembered travel anecdotes from young men on their first overseas adventure.